A problem that has plagued the world of condensed matter physics and material physics for many years has recently been overcome. Researchers from Argonne National Laboratory, China Nankai University, State University of New York at Stony Brook, and Northwestern University in the United States have for the first time obtained a monoatomic-thick two-dimensional boron material, boronene. Due to its superior electrical, mechanical, and thermal properties, this material has been placed in high hopes by the scientific community, or it will become another â€œmiraculous nanomaterialâ€ after graphene. Related research results were published in the "Science" magazine published on the 18th. "Science" and "Nature" published review articles for highlights. 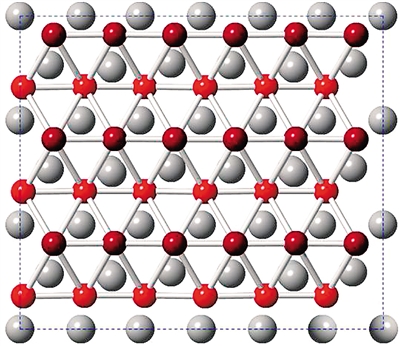 Schematic diagram of the structure of boronene on the surface of silver (red, dark red indicates the fluctuation of boron atoms). 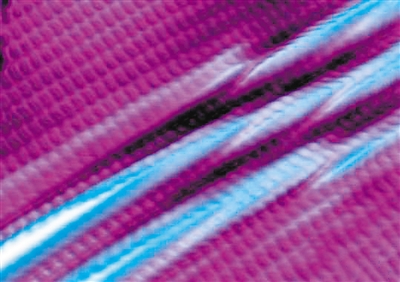 Folds on the surface of borane (from Nature).

Graphene has a "brother"

Graphene is a monolayer of carbon atoms arranged in a honeycomb structure and is the thinnest and hardest nanomaterial currently known. Following graphene, scientists hope to find more two-dimensional materials with excellent properties. Elemental boron is the primary target because it is a "neighbor" of carbon. However, boronene, which is known as the "brother" of graphene, does not exist naturally and can only be synthesized artificially. Scientists have predicted the theoretical structure of borane for more than 10 years, but have never successfully synthesized it. Even if there are individual thin films and other samples, the structure is extremely complicated. Therefore, the preparation of borane has become a recognized world problem in the international condensed matter physics and materials physics.

In 2014, Professor Zhou Xiangfeng and Professor Wang Huitian of the Physics College of Nankai University and Professor Oganoff of the State University of New York at Stony Brook calculated a unique two-dimensional boron structure based on evolutionary algorithms combined with first-principles calculations. The study further inspired experimental scientists to challenge the synthesis of boronene. US Argonne National Laboratory, Nankai University, State University of New York at Stony Brook, and Northwestern University and other research institutes collaborated to use the method of high-vacuum atom sputtering to successfully grow wrinkled monoatomic layer borane on the surface of silver. The experimental results obtained by the joint team are almost in accordance with the theoretical model. The Nankai University team took on the theoretical calculations of the study.

The boronene material obtained this time has superior anisotropic conductivity properties and a rare "Poisson Poisson's ratio" phenomenon. The so-called "anisotropic conductivity" means that the surface of the borane exhibits a "wrinkle" due to its atomic arrangement, and such a structure determines the directional properties of the borane conductive property. The "Poisson Poisson's Ratio" phenomenon in which horizontal stretching causes vertical expansion also makes the application of borane more diversified.

â€œBronene that grows under different substrate materials, different temperatures, different thicknesses, etc. will also show structural diversity, which determines the diversity of its function. Our work has opened the prelude to the synthesis of this new material, I believe In the near future there will be more boranes with special properties,â€ said Zhou Xiangfeng.