Framerate is a measure used to measure the number of display frames. How many frames are in the video played in seconds? Frames are the basic units that make up a video. The video file itself is composed of many consecutive pictures. A simple one can be understood as the frame rate is the number of pictures recorded in one second (in fact, these pictures are compressed, and one frame of data is not necessarily a complete picture). The so-called unit of measure is the number of frames per second (Frames per Second, FPS) or Hertz (Hz). This word is mostly used for film and television production and electronic games.

Because of the special physiological structure of the human eye, if the frame rate of the picture being viewed is higher than 16, it is considered to be coherent. This phenomenon is called visual pause. This is why film is shot in one frame and then played quickly.

For games, generally speaking, first-person shooter games pay more attention to the level of FPS. If FPS<30, the game will appear inconsistent. So there is an interesting saying: "FPS (FPS game) focuses on the FPS (refer to the frame rate).

The frames per second (fps) or frame rate represents the number of updates per second that the graphics processor can process in the field. A high frame rate gives smoother, more realistic animations. In general, 30fps is acceptable, but increasing the performance to 60fps can significantly improve the interaction and realism, but generally speaking, over 75fps is generally not easy to notice a significant increase in fluency. If the frame rate exceeds the refresh rate of the screen, only the processing power of the graphics will be wasted, because the monitor cannot be updated at such a fast speed, so that the frame rate exceeding the refresh rate is wasted. 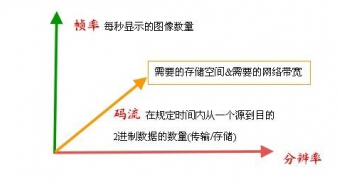 The frame rate is the number of images per second, the resolution represents the size of each image, ie the number of pixels, the codestream is the amount of data generated per second after video compression, and the compression is to remove the spatial redundancy of the image and the time redundancy of the video. Therefore, for a still scene, you can get a good image quality with a very low code stream, and for a scene with strenuous motion, you may not achieve good image quality with a very high code stream, so the conclusion is to set the frame The rate indicates the real-time performance you want. The setting resolution is the size of the image you want to see, and the setting of the code rate depends on the camera and the scene. You can determine the code by performing on-site debugging until you can obtain an acceptable image quality. Stream size.

4.Low friction coefficient ,lubricity is equal to that of Teflon ;

7.Strong adhensive resistance which is only second to Teflon;

8.UHMW-PE Plastic is safe , healthful and non-toxic and be can used in contact with food and drugs ;

9.Low density than any other thermoplastic ;

Compared with other engineering plastics, UHMW-PE Plastic is resistant to heat resistance, stiffness and hardness, but can be improved by means of "filling" and "crosslinking".

From the point ofheat resistance, the melting point of UHMW-PE Plastic is approximately the same (136 â„ƒ) and ordinary polyethylene, but because of its big molecular weight, melt viscosity high, so the processing difficulty is big.

Color: Black and white, can also be made another color, and the color order is 500KG.

Modified varieties: UHMW-PE Plastic can be added to the Glass Fiber, copper powder, and molybdenum disulfide enhancement plate according to customer's requirements.
Add antistatic agent to the permanent plate, the volume resistance value of 10 to the 6 to 9 power.
Add flame retardant to the flame retardant board from UL 94v-0 to HB combustion grade, and other modification requirements are required to customize various additional properties according to the actual use of the customer.

Previous: The 12th Guangzhou International Hotel Supplies Fair concluded with a wonderful review of the scene

Next: The book has its own gold house European bookcase evaluation